Home » About Our Agency » Meet Our Team » Team Member

Aaron LaRue began his insurance career in 2000 when he became the third generation of the LaRue family to join the agency. In 2006, Aaron opened the first branch of LaRue Insurance in Bardstown. He currently works as a commercial and personal lines agent, assisting new and existing clients with their insurance needs. Active in the insurance industry, Aaron previously served as chairman of the Kentucky Young Insurance Professionals and as chairman of Big I KY.

Aaron and his wife Tanya have two children, Audrey and Clay. They reside in Bardstown where Aaron also serves on the St. Thomas Parish Administrative Council. He has also spent time coaching little league baseball, basketball, and soccer. He is currently an active parent involved with Nelson County High School and Old KY Home Middle School.

Leave Aaron a ReviewGet a Quote 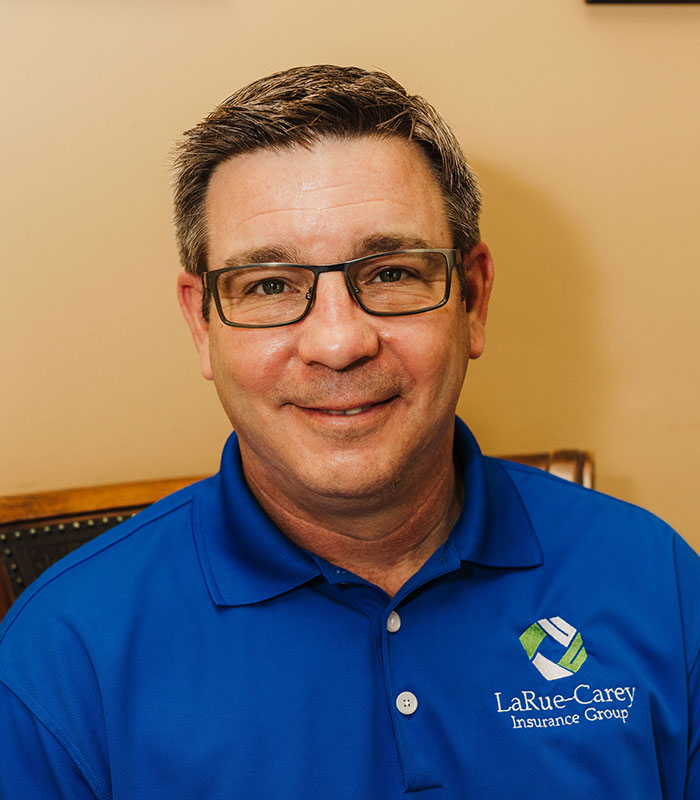